I have a couple of different GPS Locked reference oscillators that are used to lock PLL oscillators in microwave equipment. Some of these have a nice sine wave output at 10 MHz and others have a square wave output causing harmonics of the base frequency to be present in the signal. This is a factor that will increase the phase noise of the PLL oscillator. Getting rid of the harmonics is relatively simple with the help of a low pass filter. W1GHZ, Paul Wade has a nice article about the design of such a filter for a 10 MHz reference oscillator. The article is linked on the small projects page of his web site.

Today I decided to build a version of this low pass filter using SMD components. I did not have the exact values of all components, but was able to get close enough. I started out by creating a NC file for my CNC router and cut out a small PCB as seen on the image below. The PCB is about 8x19mm. This only a small amount wider than the SMA connectors I used. 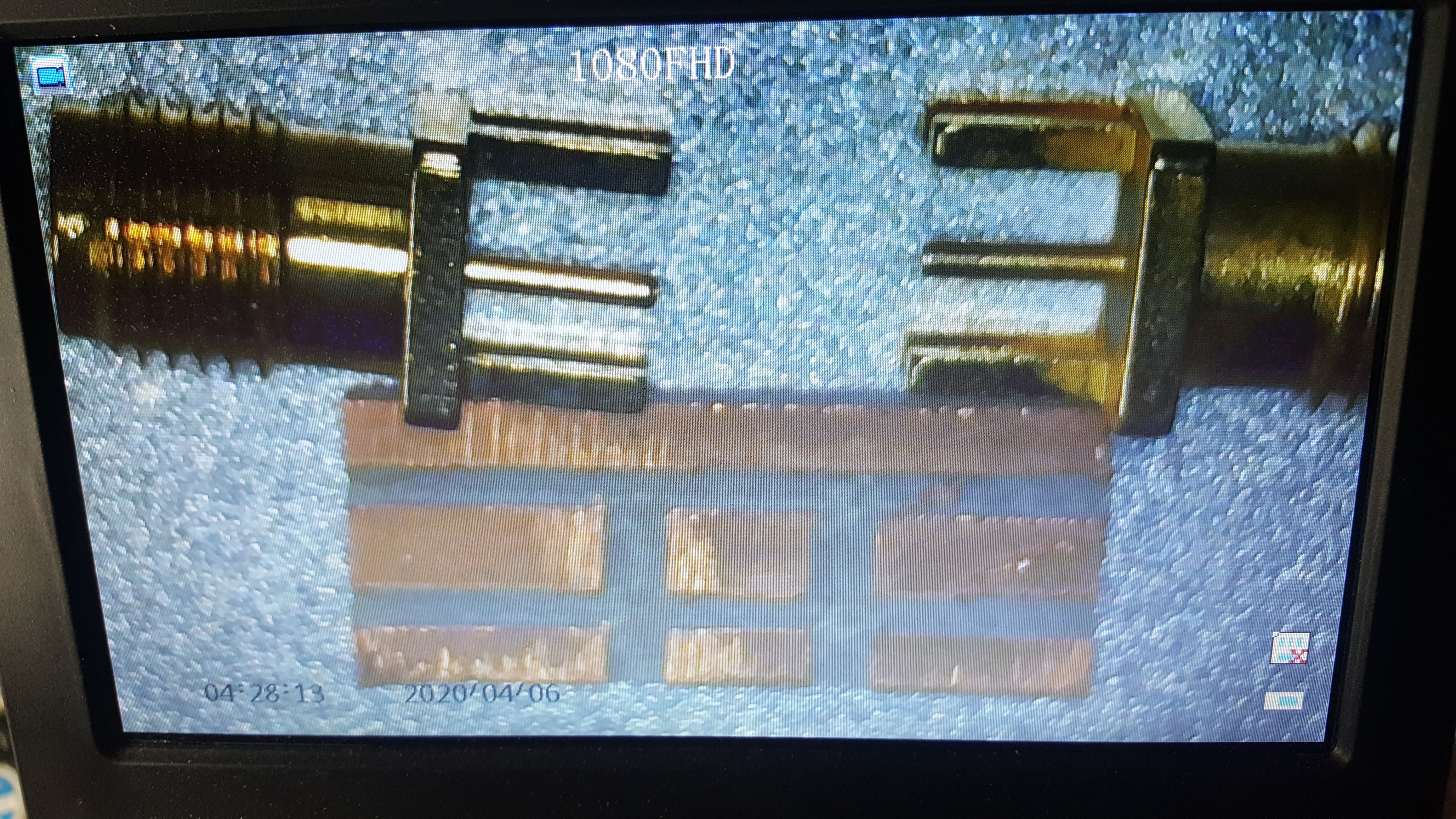 The at the end I added some heat shrink tube to finish the project. 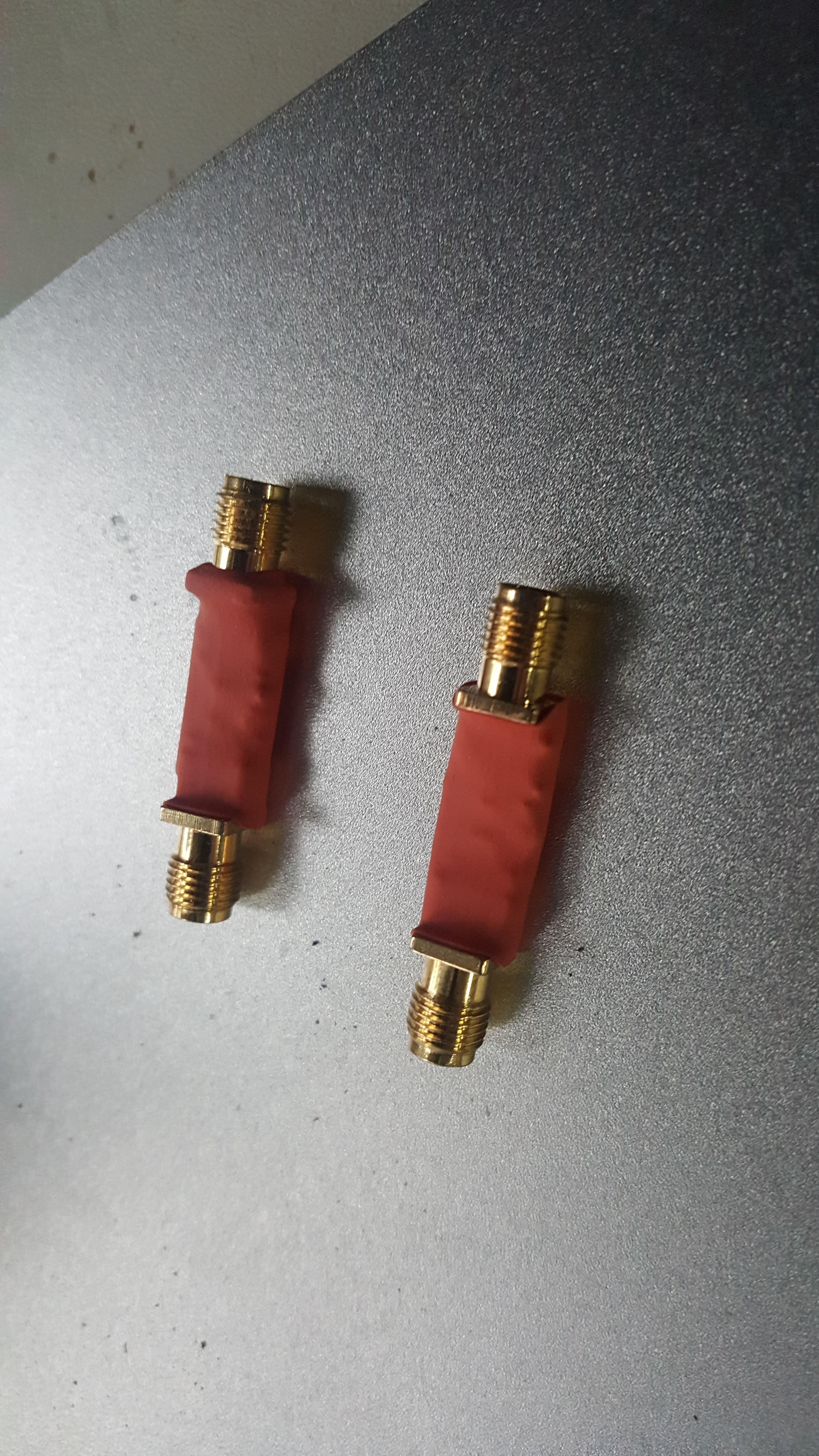 As you can see I ended up making two filters to check how accurate they were. It turned out that the first one gave the best performance. One of the inductors I used was in a 0402 package and way too small to work with. I'm going to order some in 0603 package and create a few more to see if this can be repeated with similar performance.

The output of the 10 MHz reference without the filter looks like this: 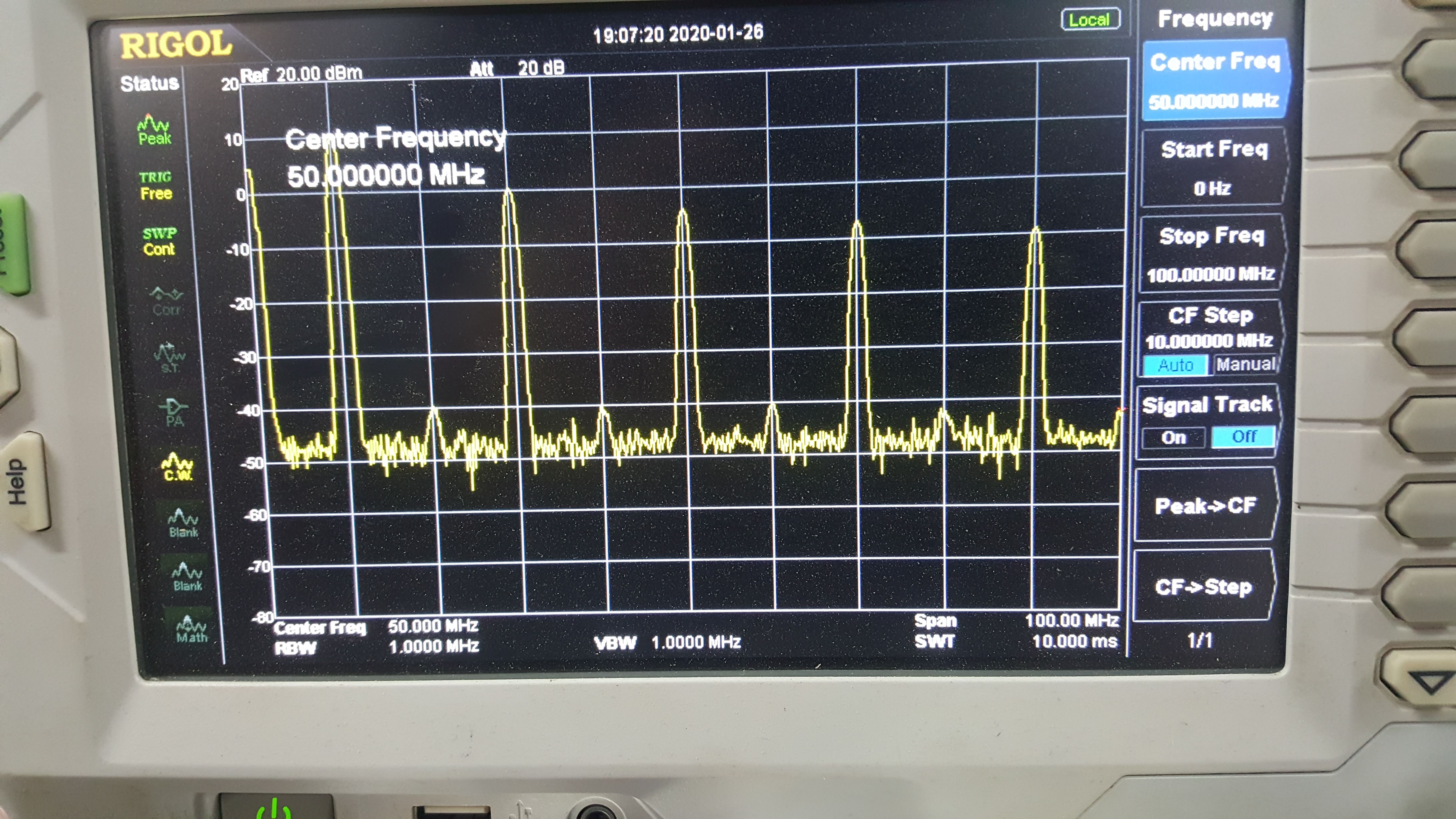 The 3rd harmonic is only about 10dB down from the 10 MHz signal and there is a substantial amount of harmonics. After adding the filter the output looks like this: 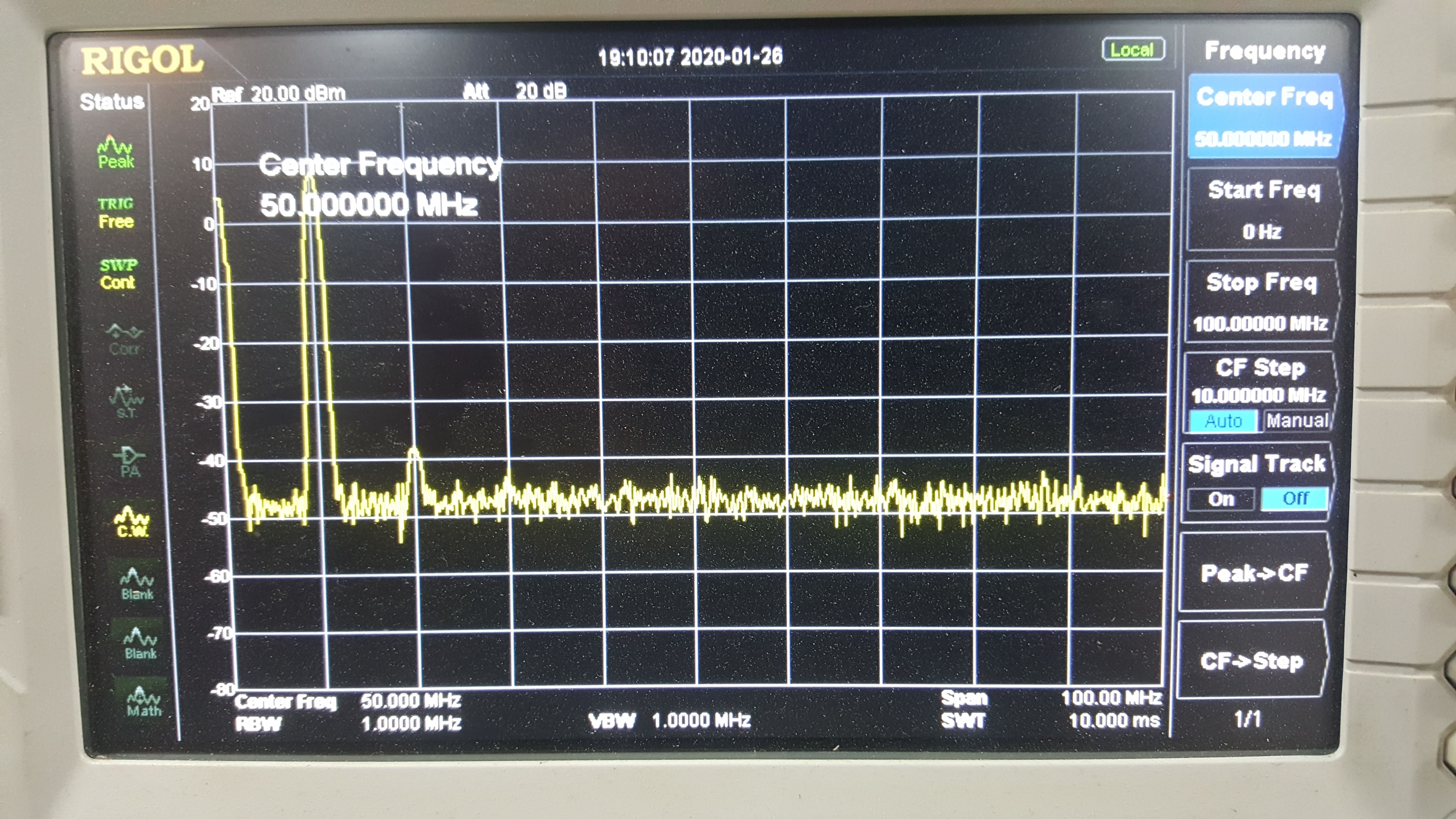 Almost all of the harmonics are gone, indicating that the signal now is much closer to a sine wave. Using the spectrum analyzers tracking generator to show the filter response looks like this: 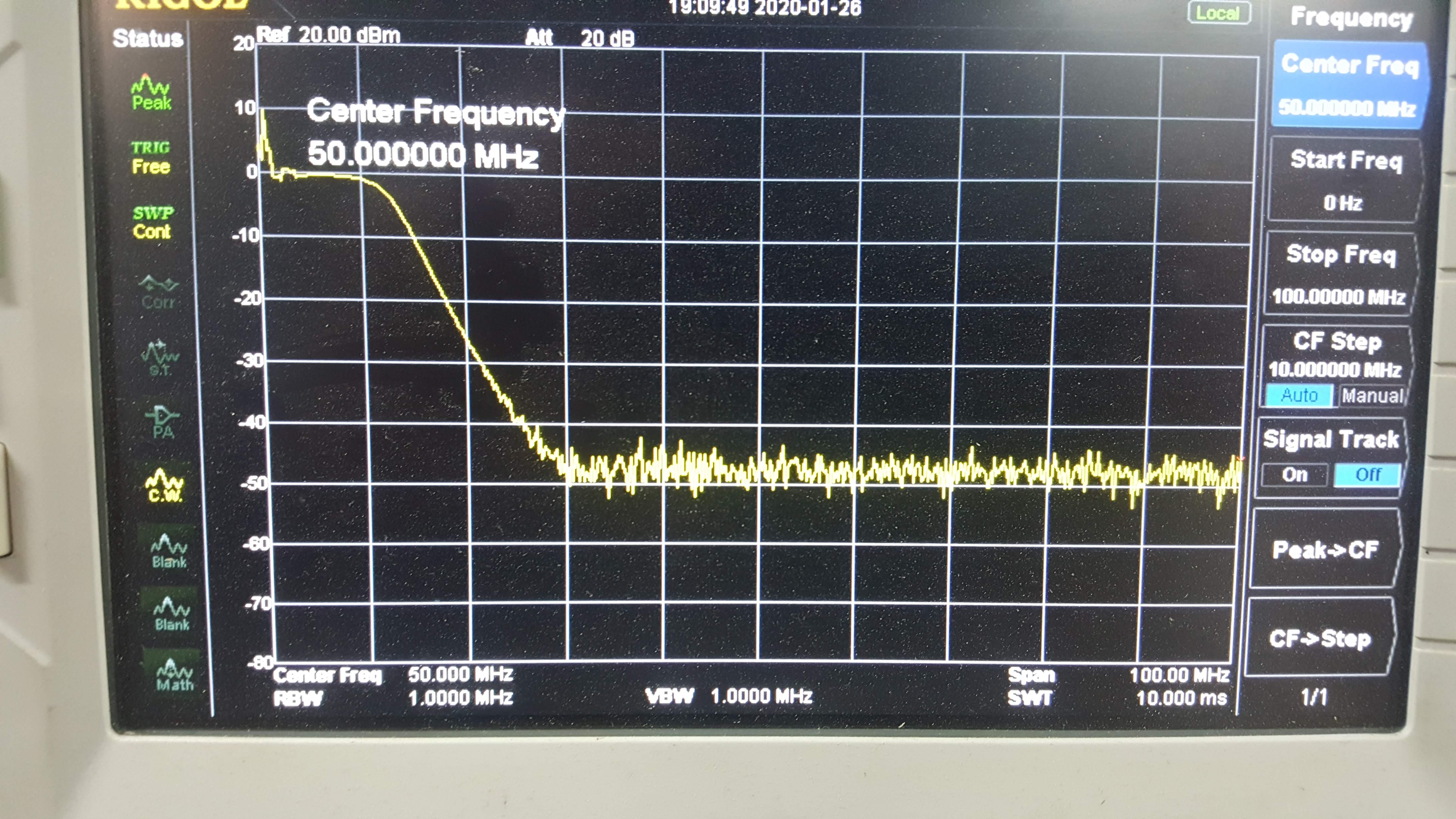 This shows 40-45dB attenuation at the 3rd harmonic and almost no loss at the base frequency.