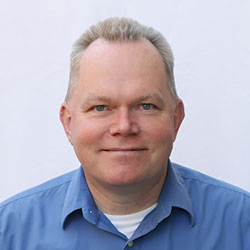 I have been interested in electronics, computers and HAM radio since childhood. Building and creating things with technology is still a passion.

I got my first license in Denmark in 1979 and my call sign is OZ1GPI. I'm a member of the danish contest group 5P5T. I moved to California in 2000 and in 2012 I finally got around to get a US license with the call sign AG6QV. I'm active on HF, VHF, UHF and Microwave frequencies. I moved to Washington in 2017 where I was one of the founding members of the MNW Microwave Group. We meet once every month to talk and build microwave transverters.

When I was about 14 years old I was introduced to computing with a Commodore PET 2001. I later upgraded to a C64, C128 and from there to the PC world. I used languages like Basic, Pascal Assembler (6502 and 8080) and later I switched to Pascal and then to C/C++. In 1994 when the first browser was introduced I started working on internet technologies and in 1997 I became a member of the open source community as a contributor to the PHP project. I'm writing about programming on the CODE @ WEB BY PIXEL blog.

Building electronics covers everything from power supplies, HIFI amplifiers to HAM equipment. Technologies have changed much from low frequency through hole components to SMD and MMIC technologies. Building and making things work is the fun part. Using some home-brew contraption to talk to someone on the other side of the world, perhaps reflected off the moon, or someone next door using microwave or light frequencies makes it all worth it.