I worked at PROCOM A/S from 1990 to 1992. PROCOM is a Danish manufacturer of mobile antennas and filters. The company is now part of Amphenol.

PROCOM had a large group of HAMs among the engineering staff and we were interested in the microwave bands. The group decided to build a self contained transverter with a 9 MHz SSB/CW IF radio, a 144 MHz transverter and a DB6NT first generation 10 GHz transverter. The unit also contained LNA, PA, VFO and a CW beacon. The becon is programmable (EPROM). The radios were named Solectra and was made for both 10 GHz and 24 GHz.

I have created an application that allow you to input sequences for the 8 banks of CW messages the EPROM can hold. The beacon uses 256 bytes of data to hold the information which limits each message to 256 bits of data. Each bit has the length of a dot.

The image below shows the operators with the finished radios in 1992. 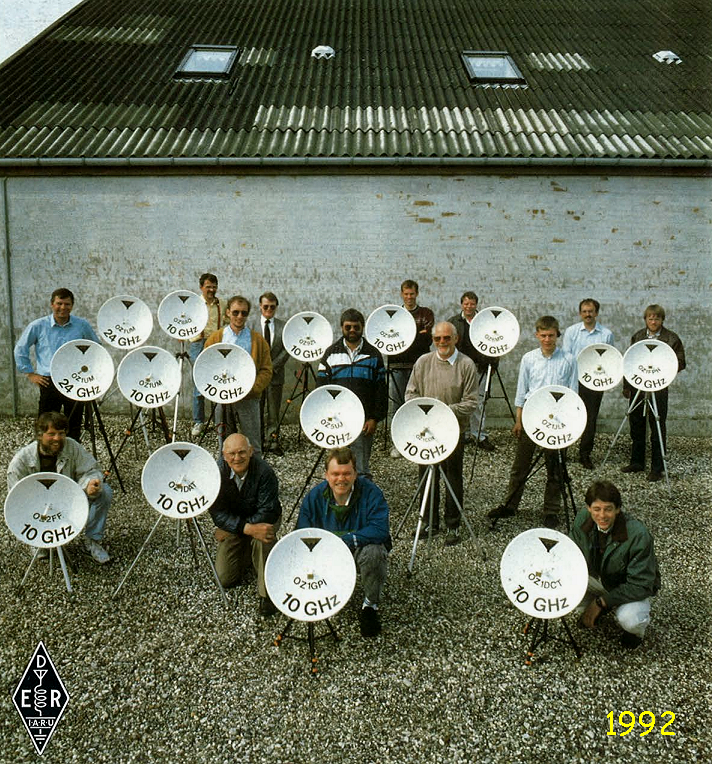